My Trip to Honduras

Part 4 - Do We All Have the Same Opportunities to Dream?

My wife is a photographer. I always say she takes pictures with a picture already in her head of what she wants to capture. Me - I pull the trigger on my camera with no earthly idea of what's about to be produced. I simply snap the shutter with hopes that if I snap it enough times, I'll capture something meaningful.

When I got home from Honduras and began going through my pictures, this one stopped me in my tracks. I knew I'd captured something meaningful.

When I took this picture, I was clearly focused on the little girl's smile. How could I not be? But without planning for it or knowing it, I also captured something that would become a heartbreaking theme for me in Hondruas. The older the kids got, the closer they got to being the ages of my 10 and 12 year old boys, the harder the smiles were to find. ​
​

The backdrop of so many young children erupting in the most precious smiles you can imagine was countless older children who seemed to have settled into the notion that the world no longer offered them much to smile about.

I grew up with a notion planted in my being that if you can dream it you can become it. Today I know that's not necessarily true - we all have some limitations on what we can become. But this part of that notion is truer than ever - what we do become in life is absolutely built on the foundation of our capacity to dream and imagine.

We were on the way down the mountain after one of our shoe distributions. I'd just begun to notice this dynamic of some who smile and some who don't. I shared my observation with one of my teammates. I told her I thought the greatest poverty many of the kids were facing in those isolated villages was the opportunity to dream and imagine. How do you dream, how does your imagination expand, I asked her, if all you ever see is a world singularly focused on survival.
​

Because survival, in my opinion, is not a function of dreams or imaginiations - it is the human instinct we all bring with us to the world. The fight to survive is our one true bond. But that fight is intended to be what ultimately fuels our dreams and imaginations; it was never intended to be our life's work.

My teammate challenged me with my line of thinking. She asked, if one's never seen there's more to hope for in life, are they really as hopeless as we think? She didn't ask me that to diminish in any way the despair we'd seen, rather, she - like me, longed to understand the depths of it.

I didn't have a great answer. All I could say was I know it's impossible to dream when your stuck in a space that longs for food and shelter. Shouldn't the world - all of the world - have at least that same starting line for their dreams and imagination? Is it at all possible for a young child to dream of changing the world when they are persistently stuck in the part of the world that needs so desperately changed? Because after all, that is what my friend and I were doing there - on some level we were both chasing our dreams of changing the world.
​ 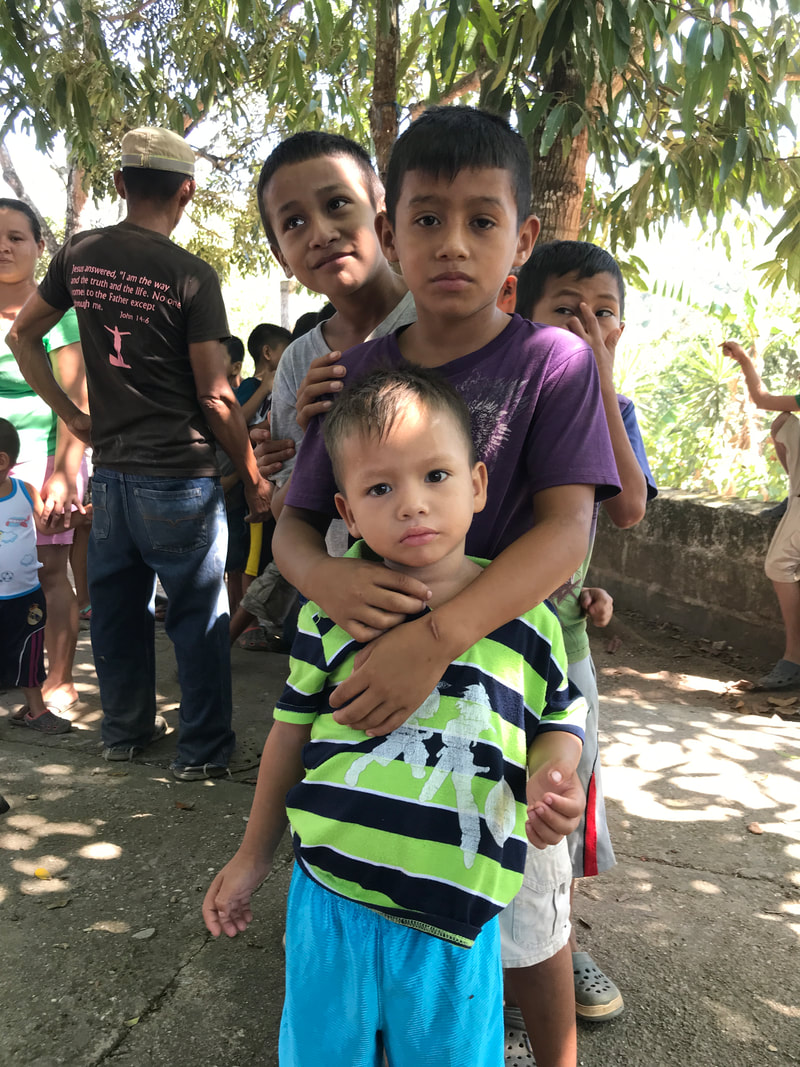 I'm a Christian. In line with my faith, I believe we were all created by the same God. I think one of the luxuries of my personal faith is I've never had to ask myself - or God - at least in a hard and heartfelt way, why do our dreams have to begin at such different starting lines. On the way down the mountain, I imagined one of those older children, his or her smile long departed, asking me - why did God create my starting line so much further back than yours?

The fact that no child actually uttered those words made them no less in my face. And the fact that there were no actual words to respond to made it no less an obligation for me to respond.

As the question kept echoing, all I kept hearing was that's not the way it's supposed to be.

I began wondering, what if this gross gap I was experiencing between the haves and the have nots wasn't God's will, but instead a representation of our unwillingness to close that gap. What if that gap is a measurement of how much we focus on our own personal finish lines at the expense of the world's collective starting lines.

As a Christian, standing in Honduras, it was hard to ignore the reality that Jesus spent all of his ministry going toward the people who were suffering most. Jesus never asked his father - why are the starting lines so different; he just kept devoting the entirely of his life to moving them forward.

I've shared this before, but it means more to me now. I live with a fear that Americans will one day arrive at God's door. With his face glowing in our presence, we'll express what we've always wanted the chance to express to Him. Thank you. Thank you for blessing our country. Thank you for mercifully alowing us to be one of the lucky ones.

Now let's talk about how you honored that responsibility.

Maybe that sounds grim, but here's another part of that story. I've had many friends reach out to me who saw the pictures of me with the young children in Honduras. All of them have said, I've never seen you look so happy. And the truth is, I rarely have been. Maybe Jesus was marching town to town not only to move starting lines forward - but to also show us the way to personal happiness.